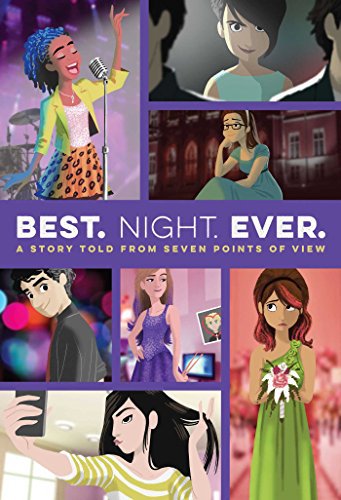 Love Actually meets Adventures in Babysitting in this hilarious novel written by seven authors about seven classmates who are preparing for a crazy night at their middle school dance.

Lynnfield Middle School is prepped and ready for a dance to remember, including an awesome performance from Heart Grenade, the all-girl band who recently won a Battle of the Bands contest. Seven classmates—Carmen, Genevieve, Tess, Ryan, Ellie, Ashlyn, and Jade—intend to make the most of the night…or at least the five of them who are able to attend do. The other two would sacrifice almost anything to be there.

One thing’s for sure—this entire crew is in for one epic night! Rachele Alpine, Ronni Arno, Alison Cherry, Stephanie Faris, Jen Malone, Gail Nall, and Dee Romito have created a charming, hilarious, and relatable novel that’s perfect for anyone who can’t wait to dance the night away.